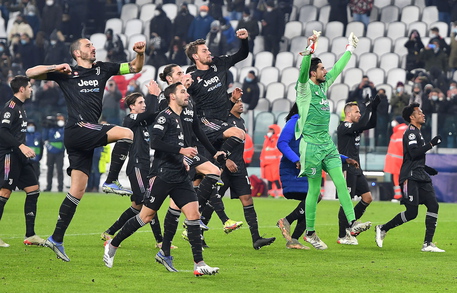 (ANSA) - ROME, DEC 9 - Juventus qualified for the last 16 of the Champions League as the winners of Group H, with a 1-0 home victory over Malmo on Wednesday meaning they beat holders Chelsea into second place.
An early goal by Moise Kean gave the Turin giants the precious win.
Juve closed the group with 15 points, two more than Chelsea, who were held 3-3 at Zenit St Petersburg.
In the knockout stages Juve join Inter, who finished second in Group D behind Real Madrid.
AC Milan, however, are out of European competition after finishing last in Group B.
The match between Atalanta and Villarreal, which will determine who takes the second spot in the last 16 from Group H, will take place at 19:00 on Thursday after heavy snow in Bergamo caused the match to be postponed on Wednesday.
Atalanta are third and need to win to progress. (ANSA).