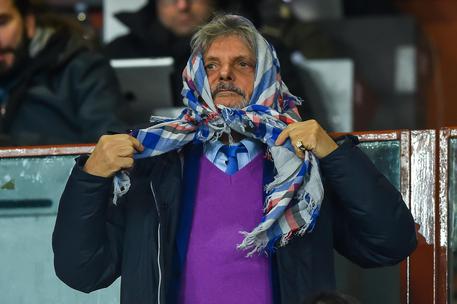 (ANSA) - ROME, DEC 6 - Sampdoria Chairman Massimo Ferrero has been arrested by finance police in relation to a probe by prosecutors in the southern city of Paola into alleged corporate and bankruptcy felonies, sources said Monday.
The Genoa-based Serie A club is not implicated in the case, the sources said.
Ferrero a businessman and cinema producer, was arrested in Milan and has been taken to San Vittore jail, according to the sources.
Five other people probed in relation to the case have been put under house arrest, the sources said.
These included Ferrero's daughter Vanessa and his grandson Giorgio..
The case regards the bankruptcy a few years ago of four companies based in the Calabrian province of Cosenza in the hotel, tourism and cinema sectors, the sources said. (ANSA).