Seoul Semiconductor Co., Ltd. (KOSDAQ 046890), a leading global innovator of LED technology, announced that its SunLike Series natural spectrum LEDs, which implement light that closely matches the spectrum of sunlight, has been adopted by German lighting brand Simprolux for its pendant luminaire “ORTUS”.

ORTUS is a premium product line that delivers residential lighting for dining table and study or work spaces, combining with Casambi Technologies Oy’s state-of-the-art automated wireless Bluetooth. With SunLike Series natural spectrum LEDs, the fixture are designed to bring out the natural color tones of objects achieving a lower blue light peak, similar to the sunlight spectral curve, which enables the reduction of scattered reflection and glare. It also provides healthy and comfortable light, improving the environment for living, reducing eye fatigue, and displaying colors and textures more accurately with CRI 97 and TM30 = 100.

There has been a significant increase in research activity on the relationship between light and human bio-functions, including a recent scientific study focused on the effects of light spectrum on sleep quality, visual comfort, overall well-being, and daytime alertness; encompassing the interaction of both visual and non-visual light on humans. Based on the results of a comprehensive sleep study conducted by Professor Christian Cajochen and his colleagues at the University of Basel in Switzerland, SunLike Series natural spectrum LEDs have been identified as a key light source for promoting human well-being. The study, published in the Journal of Lighting & Research Technology on March 24, 2019, found “evidence that a daylight [natural spectrum] LED solution has beneficial effects on visual comfort, daytime alertness, mood, and sleep intensity in healthy volunteers.”

SunLike Series LEDs are an advanced technology that has achieved the highest level of eye safety certification from the International Commission on Illumination as a safe light source with no photo-biological risks. 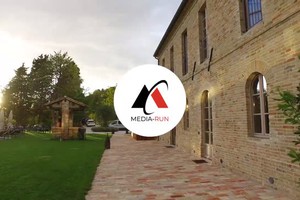