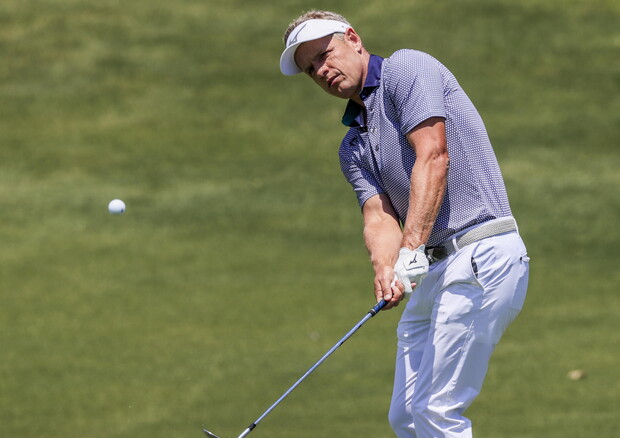 (ANSA) - ROME, AUG 1 - Luke Donald on Monday was name the European Captain for the 2023 Ryder Cup, which takes place at the Marco Simone Golf and Country Club in Rome, Italy, September 25-October 1, 2023.
The 44-year-old Englishman has been called after Sweden's Henrik Stenson was stripped of the Team Europe captaincy for agreeing a deal with the Saudi-funded LIV breakaway tour.
"I am incredibly proud to be named European Ryder Cup Captain for 2023," said former world number one Donald.
"It is truly one of the greatest honours that can be bestowed upon a golfer, to lead a team of your peers and be an ambassador for an entire continent.
"I feel extremely privileged to have been given that responsibility and it is a responsibility I do not take lightly".
Donald represented Europe in the Ryder Cup four times as a player, being part of a winning team every time.
He also has served as a Vice Captain in the last two editions of the contest, under Thomas Bj›rn in 2018 and Pádraig Harrington last year.
"Some of my best experiences in golf have been in the Ryder Cup and I would not swap those for anything," said Donald.
"It is an event like no other and I cannot wait to create more special memories in Italy next year.
"I love everything the Ryder Cup embodies, from the camaraderie and companionship of being part of a team, to the history of the contest, but most of all playing for something bigger than yourself.
"Rome will be a fantastic host city, and I have always enjoyed spending time there. It is a city rich in history and hopefully we can create some of our own in 14 months' time." Donald has confirmed Stenson's picks for the Vice Captains - Thomas Bj›rn and Italy's Edoardo Molinari.
"In my opinion, it was essential that Thomas and Edoardo remained part of the team," he said.
"They were the first two calls I made once I got the nod to be Captain and I'm delighted that they are fully on-board...
"Edoardo has blazed an impressive trail for himself in the world of stats and his knowledge in this area with the players who will be on the team, in addition to extra-special Italian element he will bring to the entire occasion, is an extra bonus for Team Europe." (ANSA).