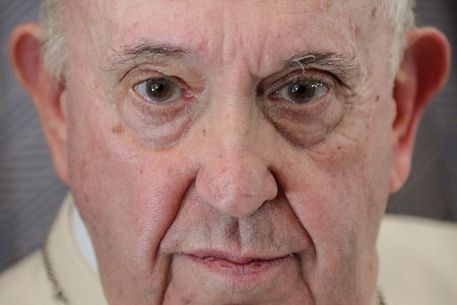 (ANSA) - ROME, DEC 6 - Pope Francis said Monday the EU's recently issued and then swiftly withdrawn recommendations not to say Happy Christmas but instead Happy Holidays were an "anachronism".
"In history many dictatorships have tried to do these things, I'm thinking of Napoleon, the Nazi dictatorship, the Communist one.
"Today it is a fad, watered-down secularism, it is distilled water.
"But it did not work, throughout history".
The pontiff said the EU should not become "a vehicle for ideological colonization".
The European Commission advised member States to use the term 'happy holidays' rather than Happy Christmas so as not to offend the sensibilities of non-Christians, but soon did a U-turn after a wave of protests.
Aboard the plane, Francis also said he was always ready to go to Moscow to see his "brother", the Orthodox Russian Patriarch Kirill.
Answering questions on board the papal plane taking him back to Rome from a four-day trip to Cyprus and Greece, Francis said a meeting with Kirill was "not far away".
The pope also said that populism and empires were twin enemies of democracy, and said Paris Archbishop Michel Aupetit's resignation over a reported affair with a woman in 2012 had been "unfair since he was the victim of gossip". (ANSA).