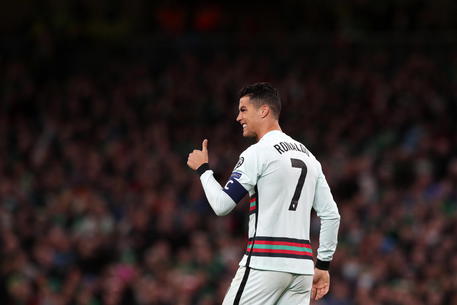 (ANSA) - ROME, DEC 3 - A new search of Juventus's offices regarded the club's relationship with their former player, Portugal and Manchester United star Cristiano Ronaldo, sources said on Friday.
The Turin giants and several top officials, including Chairman Andrea Agnelli and Vice-Chairman Pavel Nedved, are under investigation in a criminal probe into player trades done between 2019 and this year.
Ronaldo's transfer to Manchester United in the close season is one of the moves the investigators are focusing on.
The investigators staged the new search after questioning several club managers, summoned as witnesses, in recent days, the sources said.
Juventus has said it is confident it respected the law in relation to the transfers and added that it is cooperating with investigators.
The club is accused of giving false financial communications and issuing invoices for non-existent transactions.
Italian stock-market watchdog CONSOB is also looking into the revenue it posted from player trades amid reports that the values generated were inflated to make the club's balance sheets look better.
In relation to Ronaldo, investigators in Turin are looking into the possible existence of a "private" written agreement between the player and the club.
This could affect the correctness of the 2021 balance sheet.
According to the transcript of a conversation on September 23 between a manager under investigation, Cesare Gabasio, and another one interviewed as a witness, Federico Cherubini, one of the participants allegedly said: "if these papers come out...
they'll be at our throats over the balance sheet". (ANSA).