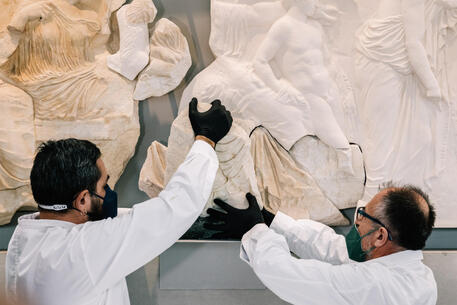 (ANSA) - ROME, MAY 20 - The Sicilian regional government on Friday voted to permanently restore to Greece a fragment of the Parthenon that had been loaned to Athens in exchange for an ancient Greek statue of Athena which had come to a Palermo museum for four years.
The part of a frieze that belonged to the iconic Acropolis temple shows the feet of Artemis, the Hunter goddess, sitting on a throne.
The return of the so-called 'Fagan Find' to Athens spurred renewed calls for Britain to permanently return the Parthenon Marbles to Greece, which are among the British Museum's major attractions in London. (ANSA).